Sit down with JIMMY RYAN 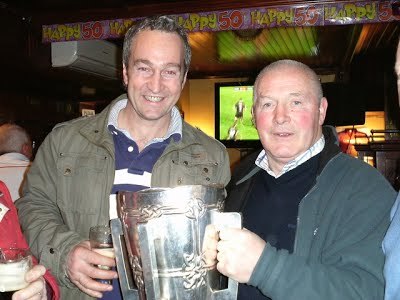 Published: about 2 years ago

Full back, wing back and centre forward.

When we won the Intermediate county final v Burgess in Cashel in 1964 to go senior.

*Club players you looked up too growing up?

From the Davins it would be my brother Tommy, Richie Ryan and Steve Cleary. They spent allot of time with the youngsters in the field.

*Best players you played with?

I was lucky to play with allot of my brothers but it has to be said that the entire Davin team of the sixties were exceptional.

Winning the senior Munster club in Clonmel V Ballygunner in 1967.

*what player trained the hardest from any squad you were part of?

All the players I trained with trained hard for their place but if I had to pick one I would say my brother PJ Ryan.

*Favourite pitch to play on?

*Name one change you would bring into hurling?

I would like to see more ground hurling and if I could change a rule I would have more space in midfield for throw ins.

*One piece of advice you Would give to your younger self?

Prepare well, mentally and physically. Be in bed early the night before a match.

Following on from the success of last years Summer Camp,...

A very busy few days in store for our Juvenile teams. Our...